This is a portrait in negative. None of the Replacements are interviewed or make an appearance (until the “where are they now” ending and into the credits, where still pictures of the original band members in their prime appear), nor is any of their music included. (The director, Gorman Bechard, must have gotten a good bit of harassment about this, because in both his commentary track and his filmed interview feature he comes across as bit of a dick with the extent of his defensiveness on these topics.) The movie is basically an oral history of the band, composed of interviews with a mixture of business associates, critics, other musicians, acquaintances, Bob’s ex-wife, and just fans, plus some ‘illuminating’ documents and graphics occasionally mixed in. So, after two hours much color and shade has been drawn but the band is still somewhat left in silhouette.

There are two major gaps in the assemblage of interviewees: Bill Sullivan and Peter Jesperson. The former was the band’s long time Road Manager, while the latter was their first Manager and early Co-Producer. It isn’t until the second commentary track with Supervising Producer Jan Radder (which peters out after the first hour of the movie) that is it explained that Sullivan just did not want to participate. And it isn’t until the interview with the director on disc two (though hinted at in the very ending of the credits) that it’s mentioned that Jesperson provided some material for the film, but it’s never explained why he wasn’t interviewed.

The movie is structured chronologically, hung on a framework of their recorded catalog. The pacing of the film edits moves up and back, which helps keep your attention to the screen. Though the labeling of the identity of the interviewees is a bit haphazard, so I got lost at times in terms of the context my mind could place what was being said; since this isn’t a book with an appendix to refer to (that book was published in ‘07 by one Jim Walsh).

This is a double-disc DVD set. Besides the film it includes the 1½ commentary tracks and over an hour of deleted scenes on the first disc. The second disc has the interview with the director, an interview with a Hansi Oppenheimer who first tried to put this movie together but couldn’t complete what she was doing and bequeathed the idea onto Bechard, and some trailers. There are three of the raw interviews, each about 1 hour long, with Grant Hart; the Abbott and Costello of Public Radio, Greg Kot and Jim DeRogatis; and Robert Christgau — I find these long set pieces at least as interesting as the movie itself, but I’m a bit twisted.

But really it seems the only proper review would be to tell one’s own relationship to the Replacements: I saw the band play at least a half-dozen times through out their existence, and I’m firmly in the camp of “Let It Be being their finest hour.” My first knowledge of them was through the new generation that replaced me at the college-affiliated FM radio station I had been involved with at the beginning of the ‘80s: the Hard Core Kids. We had different views of what was good rock and roll. So I lumped the band into that scene and pretty much ignored them. A year or two later, in the summer of ‘83, I went to see R.E.M. play Ripley’s and they were the opening act. (While that tour is mentioned by the director as the first time he also saw the band live, the film itself ignores the significance of that event as being their first introduction to a possible larger audience beyond the Hard Core Kids.) Their set was more classically formed rock and roll than I had expected. The finale was a cover of Brownsville Station’s Smoking in the Boy’s Room. And I was laughing throughout it. Their humor, which wasn’t just juvenile, brought me around. (It was the same epiphany I had seeing the Ramones the first time 5½ years earlier). 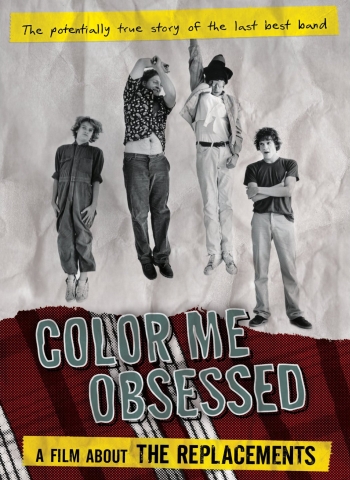 I next got to see them about six months later at King Tut’s City Gardens. That’s where I first met Bill Sullivan. Somehow we got on the topic of pinball: I had recently bought my second machine and was telling him there were more to be had cheap – less than $100 – at that time. Frank Nalbone, the pseudonymous King Tut and co-owner, overheard part of this conversation and offered to sell me the Elton John Captain Fantastic machine that was in back bar area of the club. He wanted $300, which being way more than I had paid for my other machines, I passed on. Frank would continue to bring it up for the next year or two. I guess if I had bought it maybe “The Late Bob Show,” covered for some length in the movie, would have remained nameless.

Dissection: The Replacements – The Pleasure Is All Yours: The Pleased To Meet Me Outtakes & Alternates (RSD LP, 2021)

Overall, Record Store Day feels like a big conspiracy based on the idea of pressing semi-interesting exclusive reissues that change hands downstream of RSD in a process driven by a malign teamwork between 1. profit […]