(in no particular order, by the way)

2012 was an admittedly slow year for forever-young Neil: only two albums, one film, one autobiography, one death scare (this one c/o NBC News!) and one ear-boggling audio format. Still.

Another veteran, long-lasting Canucklehead, Edgar spent his own Zuma years flying the proto-legendary Simply Saucer, landing today with precisely the kind of funk blue folk amalgam which continues to elude, for one, Robbie Robertson. Instead, Edgar’s textural Patches swirl steadily up and down the roadways and railways of North America via Michael J. Birthelmer’s nuanced yet nutty production/arrangement, managing even to take 3:17 out for a reasonably alt. bossa nova along the way. 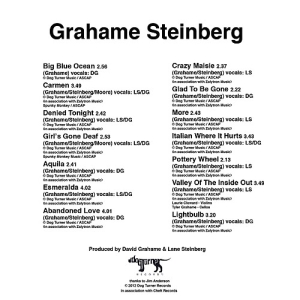 David = co-wrote To Be With You with Mister Big
Lane = co-wrote – and recorded! – an entire album with R. Stevie Moore

Grahame Steinberg = one of the undoubtedly twelve best of 2012 I have heard
…and the same will go for you.

THE BEACH BOYS That’s Why God Made The Radio

Wherein the Universe’s oldest boys reunite atop an old Bond theme (and some state-of-the-audio/visual slight-of-ear).

…which reminds me,
Be Sure to check out These guys as well: 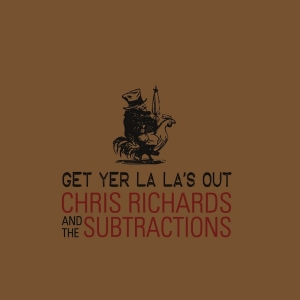 CHRIS RICHARDS AND THE SUBTRACTIONS Get Yer La La’s Out

And speaking of Brian’s Boys, two of those other much-revered retro-“B” icons (as in Big Star via Badfinger) are instantly conjured as Chris’ latest and greatest kicks straight up into a solid half-hour of beaty, BIG, and bouncy P-pop. A special Gary Pig tip-o-the-virtual-snout must go as well to GYLLsO producer David Feeny, who records the Subtractions’ six-strings with a raw stinging power unheard since the storied days of Tim Boykin’s Lolas …
not to mention Steve Jones’ Bollock-ing of yore.

Of the song Cold Turkey (no, not the fine Plastic Ono 45) (or even the Dick Van Dyke movie), may I quote this disc’s liner notes: “Cold Turkey was recorded in 1968 at Pete Miller’s home-studio on Margetson Avenue in Norwich, England on a Bang & Olufsen Beocord 2000 tape-recorder running at a tape speed of 3 3/4 i.p.s. The dominating snare reverb came from the reverb unit for a Farfisa organ. Vocals were sung through a Shure 726 ‘Elvis mic’ and also a Reslo ribbon mic. The WW2 air-raid shelter in Pete’s garden served as the echo chamber” …and that’s just ONE of the dozen vintage Big Boy beauts you should hear herein!

Meanwhile, bravely home-recording on the other side of the planet, here’s yet another slyly sonic, all-singing, sometimes stinging self-confessional from the One and Only Rickenharper; a friendly Ghost on the Canvas …along with a thin wild We’re In The Money that even hearing isn’t quite believing! 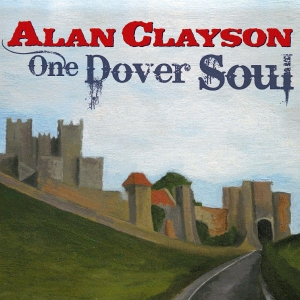 THE DOUGHBOYS Shakin’ Our Souls

Honestly, after an entire year spent listening – and listening – to this latest Best Record Ever by Nashville’s greatest, the only thing I could possibly fault, if pressed, would be the misspelling of Marcia Brady’s given name on the enclosed press sheet. But, by 2013, I’ll be ready to forgive even that.

PETE TOWNSHEND Who I Am (the audio book) (unabridged, I’ll have you know)

After the two Bus Stop releases containing the works of Lane Steinberg (Wall of Orchids / Tan Sleeve), it’s good have the retrospective of his “Windy” days. Back then, they used to say that they […]

After his musical adventure in the eighties, Lane Steinberg’s “wind” started to blow in some other direction, taking him into some parallel universe, where he’d started to make his own “pocket symphonies”, hidden from the […]