A mere twenty-eight seconds into Joel Gilbert’s Bob Dylan Revealed documentary, the subject matter himself warns us “There’s many sides to the coin, y’know, and you haveta really, uh, the longer you go on, the more sides you show that are, that are, that are there to be, uh, unraveled.”

So in between sessions with David Dalton’s Who is that Man?, and the actual man’s actual Original Mono Recordings box, I spent the month of Robert Allen Zimmerman’s 71st (!) pondering that…

1. Although the subject is dwelled upon for less than a minute during Bob Dylan Revealed (we are later treated to some great Super 8 footage of him gallivanting ’round Europe with his young bard however), Albert Grossman and that more-than-complex relationship with Bob Dylan is delved into, and possibly even explained, in a way Martin Scorsese failed to during all two-hundred-and-eight minutes of his own No Direction Home.

2. “1966 Electric World Tour” drummist Mickey Jones also offers personal home movies of Don’t Look Back (and almost Eat the Document) director D.A. Pennebaker filming Dylan and Band touring Hamlet’s Castle in Denmark, and later joins in a spirited debate over exactly who fired out that famed instruction to “Play fuckin’ LOUD” as “Like A Rolling Stone” kicked the ol’ Manchester Free Trade Hall off on May 17, 1966. Mickey, it can be revealed, theorizes it was merely some ultra-ribald Free Trade Hall stagehand, by the way. 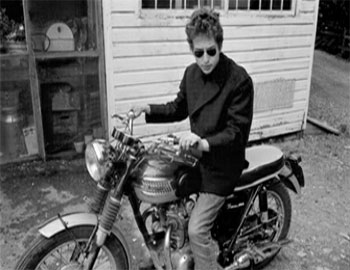 3. The third chapter of Bob Dylan Revealed, cunningly titled “1967: Drug Rehab,” features the irascible-as-ever Al Aronowitz claiming Bob, regarding that infamous 1966 motorpsycho accident, “told me he cracked two vertebrae. He saw his whole life pass in front of him. And I think he’s full of shit.” Can there then still be any doubt why I was most proud to say, during the final years of Al’s own life, that “he was a friend of mine” ??!

4. Renowned lensman Barry Feinstein (The Times They Are A-Changin’ cover for one) recalls the day during Dylan’s “Tour 74” that future President (then Governor of Georgia) Jimmy Carter invited Bob over for breakfast at the Governor’s Mansion …and then shows the photos to prove it. “He never initiates conversation,” Jimmy revealed afterwards, “but he’ll answer a question if you ask him.” Unlike some singers, Governors, and/or Presidents we could mention.

5. Rolling Thunder violinist Scarlet Rivera, hair still long but curled ‘n’ colored today, recalls being dosed with a powerful hallucinogenic just prior to stepping on stage with Bob’s Revue before 16,307 in Toronto’s Maple Leaf Gardens, then being most amorously pursued a month later backstage at the Rubin Carter “Night Of The Hurricane II” benefit in the Houston Astrodome by two of Willie Nelson’s security guards (who, Scarlet admits, “were mostly ex-cons”). Willie, it is noted, later dispatched two dozen yellow roses by way of apology. 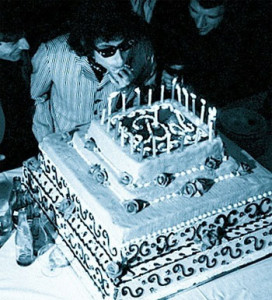 6. San Francisco Chronicle critic Joel Selvin points out the “Neil Diamond-style arrangements” concocted for Dylan’s subsequent 1978 World Tour, noting especially how “Blowin’ In The Wind” was “done up like a Wayne Newton number.” Later, we hear his infamous “God-Awful Gospel” review concerning one of Born-Again Bob’s concerts the following year actually solicited a phone call next afternoon from Bob Himself to the Selvin household, during which Dylan wisely, and apparently permanently, revoked Joel’s “license to review me.”

7. And speaking of He Whom Is Even Bigger Than Bob, both certified Dylan “garbologist” A.J. Weberman and Valley Vineyard Church Pastor Bill Dwyer are on hand to (attempt to) explain just what may have been going through our hero’s mind, and then out of his mouth, as the Eighties began (e.g.: “If you want rock and roll, you can go down and rock and roll,” we hear Bob berate one unfortunate, and obviously unsaved, 1980 concert-goer. “You can go see KISS and you can rock and roll all the way down into the pit!”) Just in the nick of time however, self-confessed “62-year-old card-carrying Jewish atheist” Jerry Wexler appears to explain just how he approached producing the “wall-to-wall Jesus” that was Slow Train Coming.

9. As no less an inhabitant as Ramblin’ Jack Elliot recalls, the original Rolling Thunder tour bus had been borrowed from, and affectionately christened “Phydeaux” by, none other than Frank Zappa. But when that on (and on!) -going Never Ending Tour launched a decade later, Bob’s accompanists had graduated to a twelve-bunk “star coach” that was, in the well-chosen words of percussionist Winston Watson, “forty-five feet of rolling decadence.” It must also be pointed out here that Mr. Watson, amongst many others throughout Bob Dylan Revealed and elsewhere, does the BEST Bob Dylan impersonation I have EVER heard. 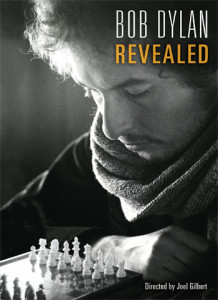 10. So then, as I would think it would be the first itself to admit, Bob Dylan Revealed doesn’t quite unravel all sides of that most treasured coin we speak of …currently entering his second half-century of loyal service too, one must remember. But ANY production that can finally get the man’s former bassist and musical director Rob Stoner to admit he was in fact cast in the role of Gene Vincent (!) for Renaldo and Clara more than gets a virtual tip-o-the-snout from this viewer.

Now, you must all excuse me while I once again cue up Blonde On Blonde, Disc 1. In MONO, of course.