Not a person but a band, hailing from Paris, France: guitars, bass & drums. The overall texture is an adapted British Indie-Pop (complete with accents), kind of like all those ‘90s Swedes – Bear Quartet, Wannadies, Eggstone, etc. — who call the form their own.

The first track, Good Old Sun, is them at their most identi-kit, with its drawn-out vocal and herky, laggard rhythm construction (though it gets a nice tweak from an electric sitar-sounding instrument).

But the following, Big Bang is them at their best, and coincidentally most American — a mid-tempo, rootsy rocker with fuzzy guitars, firm tension points, compelling melody, a cool stack of backing vocals and interspersed harmony. 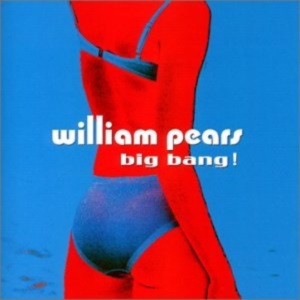 Mixing the two aspects brings them fact-to-face with GBV (though not nearly as wilfully obtuse, lyrically, as Pollard), complete with fake British accent, whose shadow looms highest on Forever Punk and Mouse And Kelley (their homage to the legendary “Summer Of Love” artists — a bit of Dan Treacy), two very catchy nuggets, though the redundancy of the latter number does wear on you.

Homage seems to be the order of the record, to a degree. Just so Mr. Mavers doesn’t miss it there are prominent backing “La-La’s” on the enjoyably sweet, chiming acoustic guitar-led Sense Of Cool.

Two numbers are offered up in their native tongue — the rocking, reverbed Je Me Vends À Qui Veut M’Entendre and the moody, protracted Les Espions. They emphasize that with the Pears it’s the verbal sounds that matter more than the words. But that barely detracts from the high percentage of pleasing offerings encapsulated here.

Hey, a good pick slide (Easter Man) shouldn’t be discounted. Even the “minimal mystery track” (#12), a sparse bit of Bossa Nova, is a charming 1½ minute.