Though, in it’s initial form, an “idea” represents a momentarily thought that actually stops to be one with it’s realisation, “the idea” that we will consider here is a long lasting one that goes on for almost fifteen years now and it’s becoming even better!

The realisation of Phil Angotti’s “idea” is based on a mission of producing three-minute pop jewels by combining well-known patterns which results with some new irresistible mid-’60s “mutants”.

Flower Bomb is the fourth regular album and it integrates the basic “idea” from the beginning of the nineties and the more polished production of the Afternoon Balloon album from 1997, with Phil’s compositions and vocals, as an embodiment of the pure-pop essence, being the usual constants.

The title song is an audio-omnibus with it’s three parts evenly disposed over the album and it hides in itself a nice tribute to Nick Drake, filled with characteristic fingerpickin’ acoustic style and Abbey Road arrangements with it’s unmistakable Because-vocal harmonies.

The next example of obvious idolatry is a song called Being Colin Bluntstone where everyone understand perfectly well what the poet means, though the instrumentation owes much more to Jim McGuinn-like jangle while the second part of the “personification” comes with She Whispers and it’s bluesy-pop sound indicating an “idea about the Zombie-classic She’s Not There played on 78 rpm enrichened with some “seasoned” whispers and an authentic Argent-ized solo.

The Byrds’ guitar twang continues in Try To Dream, coupled with a half-acoustic “Hard day’s…” arrangement and “oooh-la-la-la” backing vocals of the same origin, and also in Myself In Your Place and How Happy, the best Smiths’ songs that Morrissey and Marr has never written along with, in their case unimaginable, “ba-ba-ba” ornaments. 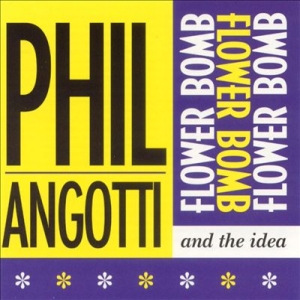 As some kinda symbolic flashback to the decades that Angotti’s experienced firsthandedly, we get the melodic“madness” of the song called Lazy Apple, again with some vocal harmonies distancing him from the inspiration, while in Oh Well they’re the main tool in the Jeff Lynne/Karl Wallinger tribute.

If there really is some justice in this world, Phil Angotti should be regarded as an originator of the pop perfection “idea”!

Thankfully, Phil Angotti continues to share his “idea” about how to keep alive not just Elvis, but also The Beatles, The Zombies and every other band/artist that you wish you’d had a chance to experience […]

It started out as an “idea”, then it turned into Phil Angotti & the Idea and, just occasionally, all that’s left is only Phil. Give him a bunch of vintage acoustics, a Hofner violin bass […]

Even though there’s more than two years since his last album, the imaginary Juliette Foster soundtrack, Phil Angotti always seems to have an “idea” or two, it’s just up to him to decide if he’s […]