If you know your way through the usual modsyke related terminology, I’m sure you’ll have a general idea of what this band is on about. Of course, most of the time that’s where it’s at… sixteez influenced melodies against the MODern power-chords or 12 string jangle, and soulful vocal deliveries backed with multipart harmonies…

But there are also a coupla punkier tracks that, though they could fit under the new-wave/mod revival, sound a bit out of place, like it’s a different band playing ’em, but these still can’t spoil the good times you’re about to have.

The album opens with a BIG mod stomper I’m So Glad, powered up with Hammond screams that you’re gonna hear throughout the record. It goes on with a Bucketful Of Nothing which is not true of course, cuz what you get “just satisfies” in a way Jimmy did with his freakbeats way before the Zep took off from the “yard”.

For more of the same, check out the Birdsy (NOTE the “i” letter!) Wunderkind with the background vocals sung by “the doll who said no”, and if you’re up for some “smoking sugar lump” guitar effects, let me ask you something… Do You Sing?.

Those other kinda birds, the ones with the “y” letter instead of the more common “i”, are all over the folk-rocky She Breathes, full of jangly guitars and harmonies that will ring in your head forever, and the same goes for the mod-beat-pop of In Her Own Time. 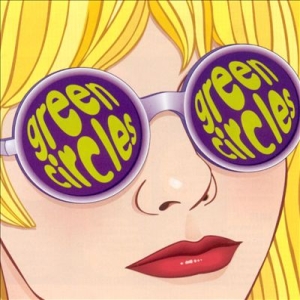 Paper Scissors Rock enters the “revolver-ing” popsyke area, just like Double Eyes, which starts out with Lucifer Sam showing the way into one of those rather punkish tunes, though I’d prefer it in Syd’s way all the way, but then again, maybe it’s just me.

After all, besides the audio content, it’s all packed in the good ol’ Jet Set/Vandalias cartoon-like design, which makes it a must-have pop-art item.

As I pointed out in the review of their debut, if you know your way through the usual modsyke related terminology, the name itself will give you a pretty clear idea of what this band […]

After two albums released only in their homeland down under, this one compiles the best of their powered-up mod rave-ups (check out the reviews of both Australian albums elsewhere on these pages), that is sure […]