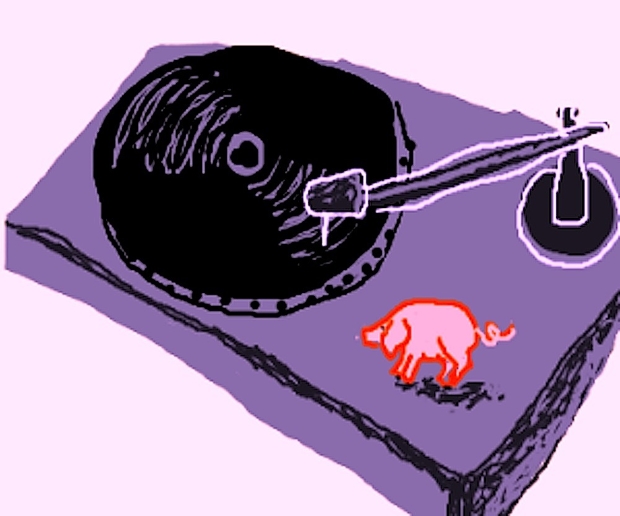 When not deep down in the basement with Dylan’s 11th Bootleg Series, or in the studio as Mike Nesmith bravely barks orders at the Wrecking Crew on that Super Deluxe version of the first Monkees album, Gary had both ears peeled directly towards – in strictly alphabetical order as always, that is… 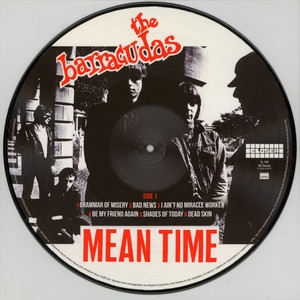 Having begun life when great white journalist Jeremy Gluck left Canada with his Jan & Dean collection, only to land smack-dub in the middle of post-punk London, The Barracudas by the time of their sophomore long-player had added quite a dollop of gnarl to their original surf-ish sound. Consequently, Mean Time continues to be cited – and quite rightfully, at least in the eyes of my ears – as the band’s true masterwork. Closer Records thusly celebrated their 30th (!) anniversary of its original release with a full 12-inch vinyl picture disc version, which thankfully retains every single bit of its vintage-’83 jump ‘n’ jangle. And no wonder: that’s none other than Flamin’ Groovie Chris Wilson Himself manning the Rickenbacker (his solo on Middle Class Blues, to name but one, could only come from such a wily player). Elsewhere, Bad News is an absolutely brilliant Beatle/Byrd big-beat ballad, I Ain’t No Miracle Worker easily could have extended Paul Revere and the Raiders’ career on record by at least a decade or two, and Eleventh Hour manages to wind the Chocolate Watchband up even tighter still thanks in no small part to J. Gluck’s splendidly Strummeresque howl. Now, it’s been said many times before, but I’m gonna say it again: This is an utterly fantastic record, end to end …which with this, its latest of many incarnations over the decades, leaves each and every one of you with NO excuse any longer to pass it by. 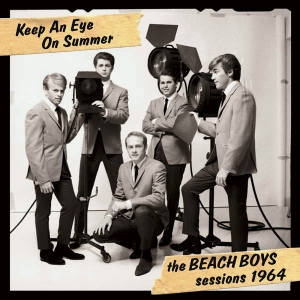 Dylan does it. The Beatles do it too, though not nearly as creatively and/or completely (no real surprise there). Now the Beach Boys are doing it as well …and they’ll all probably have to keep doing it for another ten years or so, or at least until current Copyright protection legislation is amended – as in extended. Most fortunately for all of us, it was 51 years ago that the Boys in question embarked upon a most ambitious, to put it mildly, period of creativity which still continues to amaze and astound a half century later. Actually, make that Brian Wilson embarked, as it was basically he alone who, whilst touring the world and even making a movie with Annette, still somehow found the time to write, arrange, perform, produce, and release four – yes, I said FOUR complete albums during the twelve months of which we speak. And remember that while, to bring up those Beatles again, John had Paul, Paul had John, they both had George Martin plus co-operative fellow bandmembers and record labels, Brian was basically battling the good, melodic fight more or less solo. No wonder he needed a rest for a few years there in the early Seventies! That all said, perhaps the real revelation of the Keep An Eye On Summer collection is the accompanying, intricately detailed Sessionography which reveals once and for all (one can only hope) that it was the Boys themselves – yep, including Dennis Wilson on drums – who made and played on most of those records throughout ‘64: so Roll over Hal Blaine, and tell Carol Kaye the news. Please! 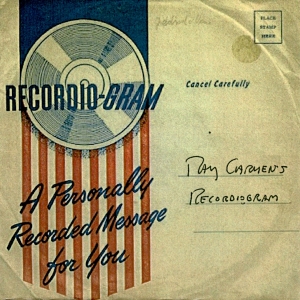 Neil Young? Jack White?? An old Voice-o-Graph machine and some almost-as-olde-time Canadian folk tunes?!! Well, after all’s been said and quickly sung into the nearest recording machine, Ray Carmen – as he quite often is, by the way – was there first. And best too, armed only with a couple’a Eveready AA’s, a Micro-cassette and a budget far tinier, I’d bet, than a single J. White-authorized lunch voucher. Far from just a bunch of stray guitar riffs tossed together, though there are a minute-and-a-half of ‘em gathered herein, Big Mistake and Strawberries taste wholly P. Townshend Scoop-worthy, while Boettler Park sounds just like the much-needed sequel to Paul McCartney’s Glasses (complete with an aerial fly-over direct from Zeppelin’s Black Country Woman). Porch Chimes similarly brings a SMiLE to one’s ears …and, speaking of everyone’s favorite B. Boy, Ray’s Far Off Train certainly recalls another classic album’s tag to boot. Yes, this all really is exactly what songwriters tend to sound like late into the wee hours …when struggling not to awaken their nearest spouses, kids, pets and/or neighbors whenever the muse comes knockin’. Take yours home today! 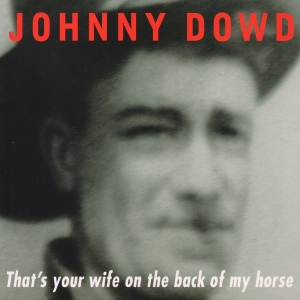 Plastic Ono Dowd, Spanky and Our Dowd, Johnny Gunn, Beelzedowd, “Dowd Latitudes,” Johnny and the Juniors, Timbuk Dowd, 2 Live Dowd, Rank and Dowd (…actually, come to think of it, more – much more – like Blackbird), “When Johnny Met Sally,” “Johnny Teardrop,” Kraftdowd, Sonny and Dowd, Motördowd: Here is a man, and yet another utterly dumbfounding album, that can go by MANY names. 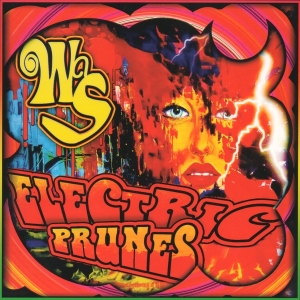 Since last we heard from those quite high priests of Woodland Hills, CA they may indeed have sorrowfully lost their founding bassman Mark Tulin. But on this, their not only latest but loudest release, James Lowe & Co. continue the reverb-ripped ‘n’ tremolo-dipped mission begun ‘way back when they… well, you know: had too much one night. In fact, right from the very opening 20-second KERRANGGG! which more than launches WaS – with Smokestack Lightning no less! – the Prunes prove they’re every single bit as, uh-huh, electric as ever. For example? Between The Cracks is much more potent a P-delic pill than even the young Neil ever offered, the contagiously subterrain Don’t Sneeze On Me sports an all-hands-on-the-pan-controls midsection that should even give Lindsey Buckingham pause (also, keep those headphones on tight for Circles as well!) and Adoration Stuck I’d sure love to see and hear The Zombies tackle one of these days very very soon. Then TOKYO sends no less than Puffy (AmiYumi) straight through the cooking glass once and for all, plus there’s even a live track – though not from Stockholm, but Brighton it sounds like – called Bullet Thru The Backseat that more than lives up to its threat. All in all, one of the increasingly rare cases of an iconic band from the dark distant recesses which somehow continue to act, and sound, as defiantly dastardly as always. Or, as Mr. Lowe himself would point out, “There is a fine line between ‘is’ and ‘was.’ If what you did is more important than what you are doing, you Was.” 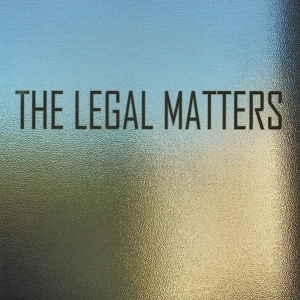 Good ol’ Wikipedia has, as countless dozens of others since ca. 1997, attempted to define “Power pop” as, and I shall quote, “a popular musical genre that draws its inspiration from 1960s British and American pop and rock music. It typically incorporates a combination of musical devices such as strong melodies, clear vocals and crisp vocal harmonies, economical arrangements and prominent guitar riffs. Instrumental solos are usually kept to a minimum, and blues elements are largely downplayed. Recordings tend to display production values that lean toward compression and a forceful drum beat. Instruments usually include one or more electric guitars, an electric bass guitar, a drum kit and sometimes electric keyboards or synthesizers.” Well, even by nudging Wiki’s “1960s” up a decade or two and bracketing their drum beat’s forcefulness one still falls far short of defining with any due exactness the pristinely pure, yes, p-o-p Keith Klingensmith, Chris Richards, Andy Reed and friends came up with over six days in a Michigan recording studio last winter. Sure, there’s lots of Straight Up Badfinger, Ticket To Ride rhythms, Nowhere Man “oooh-la-la-la”s, even some Gilbert O’Sullivan and hints of the great Emitt Rhodes / First National Band collaboration that, alas, never was. But it only takes three minutes in their Outer Space – without doubt one of the most delicately, meticulously nuanced gentle gems I’ve heard all year – to make you reach for your copy of The Cowsills’ Global yet again …which is a GOOD thing, by the way. 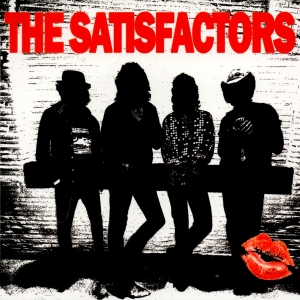 Right from the big-kick-drum kick-off of She Got Charm, not only is it frightfully obvious this disc was recorded at none other than the legendary House of Vibes by Kurt Rei… I mean Curtis Roy, but that the tone and tenure overall for the next thirty-eight minutes shall be nothing but loud, lewd, leering and well, lascivious. See, the good folk over at Bongo Boy Records have gone and assembled an NJ-not-NY supergrope of sorts: a fab fourplay of undeniable New York Doll / Rick Derringer / Grip Weed / Mark Lindsay / Billy Idol even pedigree (…imagine, if you can, the Dictators carjacking the Traveling Wilburys’ RV somewhere out on the Jersey Turnpike and allowing only Lucky W. to stay on for the rest of the ride). The result, naturally, is big-bottomed r-a-w-k with lyrics to match; heavy on the anthemic choruses (I Love Girls and Gimme My Rock ‘n’ Roll? Nuff shouted) and dicey-dumb attitude (“Awrite!” “C’mon baby!”). And while Had It With You is most sorrowfully not the Dirty Work Stones track – now THAT would’ve been, um, interesting! – Johnny Commando is just about the best J. Cummings epitaph you’re ever going to hear during 2015 and counting. My only advice? These Satisfactors should head direct out of Jersey asap and take this criminally cretinous mess on the road already, to show what’s left of the music business just how it once was and, yep, can still be done. 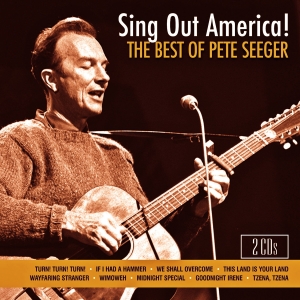 This above-generous 2-disc, 50 (!!) song overview, stretching all the way back to the Almanac Singers and Weavers, may indeed be quaintly subtitled The Best of Pete Seeger [RIP, one year ago]. But all you really need to do is just read off, for example, these iconic song titles: Shenandoah, Ida Red, Rifleman Of Birmingham, Casey Jones, Molly Malone, I Know Where I’m Going, Erie Canal, Talking Union, Where Have All The Flowers Gone, This Land Is Your Land, Turn! Turn! Turn! Say no more.

Wherein the Greatest Strum & Drum Band On Earth customarily takes a mere thirty-one-minutes-forty-five to deliver twenty – count ‘em! – new and unreleased songs for you and everyone just like you. Like those who like arrangements and chord digressions every inch worthy of the late-into-’77 Ramones (Five Seconds Over Baghdad and especially That’s Where Liberty Sleeps) or even The Hollies vs. the Tottenham Sound (I Can’t Let Go no less!) Then there’s the sound of Joe Meek inheriting the Earth …or at least the Air Warden’s Dream (Searchlights) and a version of The Who selling out Odorono …possibly quite ironic given this Monster Session’s co-production credit going to none other than Shel Talmy. Me? I’m particularly impressed that someone’s FINALLY fingered out exactly how to sound like The Searchers (While I’m Here) …and it only took a little over a minute! If for some unfathomable reason you’re still not on intimate footing with the gosh-almighty SC5, this disc just has to be the place to jump in with both ears open. (P.S.: several Bonus Points for cover art by Jack Davis) 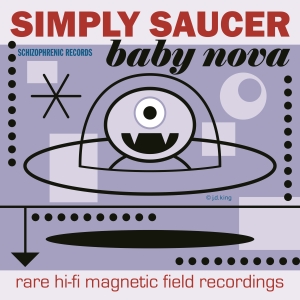 After their 2002 come back album Artifact, here’s another piece of, as they put it themselves, “Prunethropic Vibratwang”, taking you right back into the end-of-the-sixties time zone, reminiscing about the Californian “sonic landscape”. The ‘Prunes […]