Jeff Lynne is surely one of the most important men in contemporary pop music though many won’t admit/understand it. The amount of 17 Top40 hit singles between ’74 and ’81 and the multimillion sales are more than enough for a conclusion like this but what really provides a position like this are the master pieces like Mr.Blue Sky, Livin’ Thing, Strange Magic, Telephone Line….

Of course, to Jeff’s contribution to the global pop culture must be added his work in The Idle Race at the end of the ’60s as well as his presence in one of the Move line ups, with Lynne and Roy Wood playing in both bands at the same time for a short period after which E.L.O. took over the primacy at the begining of the ’70s.

There are a couple of curiosities about Zoom with the fact that this is the first album after 15 years, being the most obvious one, of course! Then, it’s practically Jeff Lynne’s solo effort with him doing all the lead vocals and playing besides the obvious guitar, bass, drums and keyboards, a little more exotic instruments too like the cello or the piano, with a little bit of a creative support from a couple of friends like George Harrison, Ringo Starr, Rosie Vella or the original E.L.O. keys man, Richard Tandy.

What could be described as the biggest surprise and also something that could’ve been expected from a man with Jeff’s experience, is the fact that Zoom is probably his best work to date and it probably comes as a culmination of the 15-year long E.L.O. abstinence during which a lot of heavenly harmonies, jangly guitar parts, imaginative string arrangements as well as some classic rock moments were accumulated.

Of course, this pause wasn’t left without Lynne’s creative stamp that was left along the names of some of his heroes like Geoge Harrison (Cloud 9, the first non-E.L.O.production), Roy Orbison (You Got It), Bob Dylan through the Travelling Wilburys project with the previous two plus Tom Petty, Paul McCartney (Flaming Pie) and one of his creative highlights, his role in the reanimation of the Beatles Anthology. The choice of Jeff Lynne for this project caused some polemics but it was really more than adequate one concerning that he’s one of the very few who, obviously relying on the Beatles legacy, managed to take it to some new dimension with lots of originality too.

This new collection of songs is equal to any of the E.L.O. hits compilations and it’s also enrichened with the perfect production mastered through his work with great instrumentalists. Zoom starts with the pilot single Alright, that clearly shows the author’s devotion to the post-Beatles phases too, which enables him to make a pretty much straight blues number sound like a pop-rapsody using the Wings-aproach and the usual harmony/melody explosion in the chorus (with a couple of Lennonized “revolutionary” allright-confirmative screams).

A similiar formula is used on Easy Money with an extra “bug” (beatle) in the shape of Ringo who’s also featured in one of the album highlights, winded with John’s ghost, Moment In Paradise. The same spiritual supervision is present in Just For Love where the well learned drum-recording lesson clearly comes through even without Starr’s presence. Some more post-Beatlogy is evident in the heavy-Wings arrangement of Lonesome Lullaby with the inevitable cello sound for the ultimate E.L.O. experience and in the possible “electric mystery tour orchestra” soundtrack A Long Time Gone including George’s guitar which is also featured in the All She Wanted T-Rexplosion. 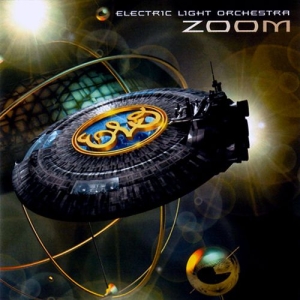 The first impression of melodic inferiority of the Orbison rifferama State Of Mind and the Dylan-like Wilbury reminiscing Melting In The Sun, disappears forever with the first chorus harmonies. More classic “electric” moments are experienced with the Rhodesound and the great hypnotical guitar riff in chorus of Stanger On The Quiet Street, and also with the vintage sounding soul-ballad In My Own Time that’s separated from it’s “cousins” again with the multiplex harmonies as well as with the two assemblages of all the best that Jeff’s ever heard on records It Really Doesn’t Matter and Ordinary Dream.

The overall impression you get from this album is that Zoom is very close to what you could call the realisation of one of the biggest musical utopias, to which Lynne’s already contributed in a way, and that’s the possible shape of the nineties Beatles album!