Here’s a perfect model of how should a band sound like, in an attempt to recreate The Beatles’ legacy, and it’s a fact that even the Gallaghers agree with.

Of course, this is much more than that, adding a dose of originality that will make you forget all the influences, here properly used only as a starting point in creating the band’s own expression.

Though not exactly “the last of the mohicans” to keep the spirits alive, this is sure one of the most exceptional ones to do so, alternately mutating from Lennon to Dylan and the other way around, making one of young John’s dreams come true.

The funny thing is that the one who’s most responsible for delivering these “lennonisms” is Harrison (Robert, that is) which makes it a double tribute.

The mentioned references turn up in the most different shapes like Baby Freeze Queen, which sounds like an unreleased, Lynne-ar production of the “new Beatledition”, Marathon Man, which is a hard-rockin’ Dylan, with Noel checkin’ in for a guitar solo or 40 Watt Solution, the super-charged “revolver” with so much more power than 40 watt. 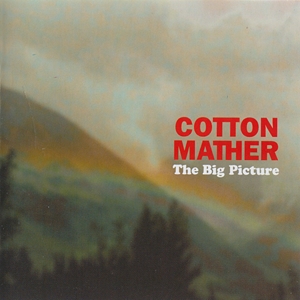 Besides these, there’s a glimpse of Macca’s weirdest “white” moments in Condo Lights, a coupla folk-rock extra ordinaries with a touch of “Beat italiano” (Story Of Anna) and an almost Abba-like melody (Ramon Finds Waterfalls), as well as a take on some melodic freakbeat rave-up (the mentioned Last Of The Mohicans) and a soon-to-be-classic Panama Slides.

All of this leads to the conclusion that Cotton Mather fulfilled all the promises from Kontiki and they have even scratched the surface of something much bigger!