Two of the most basic aspects, among a bunch of them, for analysing the story about Lee Mavers and The La’s, are the tragically and the selfish aspect. For the ones who are deeper in the matter, the first one is more than clear considering an enormous talent that’s left unsaid, while the second one comes from the fact that our generation’s been also given a chance to witness a transformation of a peculiar pop messiah into an almost forgotten figure closed in the world of misanthropy.

That’s what makes Mavers one of the eccentric rock’n’roll icons like Syd Barrett, Brian Wilson or Arthur Lee, all of whom were sent away from their initial path by something(one) and whose sound-riddles wouldn’t have make sense if we knew the solutions.

From a ten-year long distance, Lee’s beat-prophet role finally starts to shape itself through the materialisation of the lyrics like “If you want I’ll sell you a life story about a man who’s at loggerheads with his past all the time…” (Son Of A Gun) that, ironically, opens the self titled La’s album, or “He was burned by the twentieth century, now he’s doing time in the back of his mind” from the same song.

After Noel Gallagher’s statement in 1994 that “Oasis are here to kinda finish what the La’s had started” it was obvious that the world needed to be reminded (unfortunately) what exactly was started, because it became clear that no one except for Mavers himself won’t be able to do that.

The re-issue of The La’s album (Go! Discs/1990) (with bonus tracks) is coincided (?) with another release of an album with the original working title of the debut, Callin’ All (Lost La’s 1986-1987), which consists partly of the fabled 1986-demos with the sound that the author was desperately trying to capture in the studio and partly of the 1987-live recordings, three months before the signing.

Of course, the second one is what giggles the minds of the ones who need not to be reminded of the La’s mission from the end of the eighties. After the first part of the Lost La’s released in 1999, covering the garage, Beefheart-influenced period with Mike Badger on lead vocals and guitar, the small Liverpool based label, Viper, continues the solving of the mystery.

Concerts with dumb (no)communication with the audience, unwillingness to do interviews and an aversion towards modern studio technology clearly represented the band’s attitude about the irrelevance of anything that’s beyond the music itself. What Lee Mavers insisted on were “the feel” and “the soul” shining out of every one of his tunes and that’s exactly what differs these demos from the ones that were “robbed off” by the expensive studio with Abbey Road mixing desk lacking the “sixties dust”(!?).

Besides a couple of cLAssics, in the “demo department” of the album, there’s also the Timeless Melody single B-side, Clean Prophet with it’s marching rhythm and a latent Ray Davies tribute and the mid-’60s beat-punk classic Tears In The Rain that Lenny Kaye somehow forgot to include on the Nuggets album and also the messianic Callin’ All, the meeting point of the early fuzzed out Love and their more sophisticated Forever Changes-incarnation with it’s Spanish sound traces. 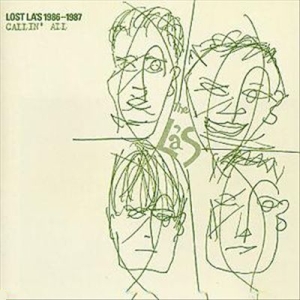 The live-version of another B-side (from the original ’88 There She Goes), Come In Come Out, opens the “live department” with it’s Dury-ized r’n’b while the rest of the tracks all appeared on the album after three and a half years except for the unreleased There She Goes-middle eight.

Giving an extra charm to these recordings is the euphoric, Hamburg/Cavern atmosphere that gives an impression that the “Beatles/Mearseybeat” curse that always followed them around, is actually based on real facts, even though they always tried to avoid it.

The ones that don’t find these kinds of big little pleasures enough, are left with nothing but hope that the greatest Mersey-troubadour after “them”, Lee Mavers, will finally succeed in making, as he puts it, the first real La’s album and share his “memories of the future” with the public.