It’s been decades since I’ve really read the NME, if at all (mostly on rare trips to the UK), but I have been getting their daily email postings from the NMEonline department for the last few years.

So from that vantage point it’s been interesting to observe the renaissance of that once vaunted hype machine as it chased and now tries to get ahead of this wave of American style, Trashy, Garagey Rock that has shown some commercial strength this past year.

They have yet to explain why, after decades of the stuff, this has come to be now. (Interestingly enough neither the White Stripes, Strokes, Hives nor Vines are from the UK, nor is what is looking like their next piece of cannon fodder, New Zealand’s Datsuns, though the Vines do show more of a British influence than the others and they finally found a homegrown bunch in the Libertines.)

I have no explanation myself, especially considering that while all of the above are, generally, good records not great ones, and not much different than much that has come before them.

These are the Hives’ two albums to date — from ‘97 and ‘00, respectively. Their UK success (300k and counting sold) has come via a compilation primarily extracted from them by Poptones, Your New Favourite Band. (And which almost single handedly seems to have saved — some semblance of — that company from death’s door.

Where that leaves that label now, and especially Burning Heart/Epitaph and their recent Warners US licensing deal, in the wake of the just announced (7/25/02) worldwide signing to Universal might prove to be almost as entertaining as the records. Man The Lawyers!!!) 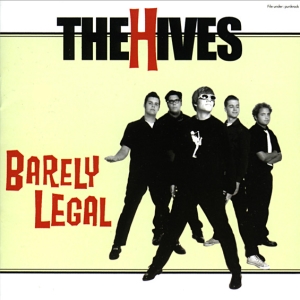 BL clocks in at a frugal 27+ minutes for fourteen tracks. Many of the songs, considering that pace, border on Hardcore, and as a listening experience (as opposed to live) gets a bit tedious.

As you might imagine the ones that are a bit flavorful are mostly what Poptones cherry-picked: The rampaging a.k.a. I-D-I-O-T opens with some nice call-and response between the guitars and they spray some terse figures about in the midst of the Rock, while Pelle Almqvist’s shredded howl bodysurfs the tumult.

There is a strange dropout about halfway through and then hits, at the three-quarter mark, a tantalizing bridge of just voice, bass and drums before one last run for the money.

Here We Go Again follows, it’s a powerful grinder very nicely augmented by a pounding piano and swirling organ. (It’s got an even weirder dropout also near the three-quarter point; maybe I’ve got a defective disc.)

In a similar vein is the not quite 1½ minute Hail Hail Spit n’ Drool. What makes this work is these guys are players, not a bunch of guys who only got their instruments last week. See the over-amped R&B derived Uptempo Venomous Poison, with its not even three second drum solo.

The differences between the two albums, such as they are, are best summed up in the covers found on each. On the first they offer a stampede through the Raunch Hands’ Black Jack. On VVV they do a weirdly arranged — those synths are really annoying — samba version of Find Another Girl [Jerry Butler].

Three years time seem to have provided them a confidence to ease up a bit and vary things a little more (this time there’s two less numbers in one or so minutes more). VVV is definitely more accomplished and appealing — probably why YNFB is front-loaded with tunes from it. 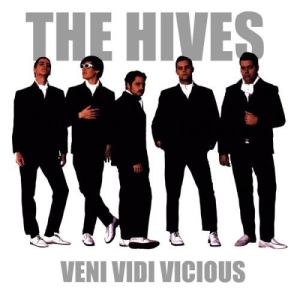 On offer is a plethora of tightly wound Garage-Rock grinders with some firmer yelping from Almqvist. But again it’s the guitars that gives the arrangements their depth and variety: from the ‘78 of A Get Together To Tear It Apart to the distorted, early ‘70s intro and outro of Main Offender to the “chicken scratch” licks of Outsmarted & Inspection Wise 1999 to the whole goulash on Statecontrol.

Not to say that the call-and-response vocals on the later number (a bit of Rezillos) aren’t key. And the singles, Hate To Say I Told You So and Supply And Demand, are truly great slabs of polycarbonate.

Live, things are another matter. I didn’t get to see them the first time they came through town, but made the effort when the second chance came up. Joined the thousand or so people stuffed into an annoying disco that formed one large seething mass which tossed me about like a leaf sucked into the white caps of the north Delaware River.

They were undeniably tight and sharp, but stopping between every number to give some redundant spiel, one of which was almost word-for-word what Almqvist ranted on Conan O’Brien the previous night, got more than annoying. By the fifth tune I’m thinking “where’s Dee Dee when you need him?” and wishing the tide would throw me up towards the stage so I could smack him in the head a few times.

So far things are going according to someone’s plan. The Vines, after six months of buzz, find themselves entering the US charts barely missing the Top 10 and selling in the first two weeks almost half of what the Hives have done in more than as many months (<200k). 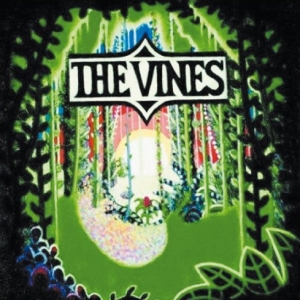 Lead figure, singer-songwriter-guitarist Craig Nicholls has a weird kind of schizophrenia going. You have these overtly Nirvana influenced numbers like first US single Get Free and the title track.

Also there is Nicholls’ regular tendency to shriek as a substitute for emotion (as opposed to, say, Jeff Lescher’s [Green] shriek which was emotion). At the other end are these semi-acoustic, semi-lush, layered meditations that remind me nothing as much as of mid-period Floyd (i.e. Wish You Were Here), like Autumn Shade, Homesick and Mary Jane.

I’m not sure what I’ll think of this record in two months (while I instantly knew my feelings for VVV would be the same in two decades as now), but for now I lean a bit more towards the latter style. Particularly the ambling ballad Country Yard which is quite nice, with its harmonies, semi-falsetto bits and even the heavily reverbed guitar.

And the terser Autumn Shade which tightly segues with an overlap of efx into the cool, mid-tempo rocker Outtathaway — part Hives style grinder, part ‘68 Bay Area (in the guitar solo) and Nicholls interesting self-duet where ones side drops bits of the Strokes’ Casablancas.

The Strokes have a much bigger presence on Ain’t No Room’s verses, which get matched by Oasis-marked choruses. It actually rocks better than it reads on paper, though we don’t need all that shrieking at the end. Oasis, to worse effect, hangs over the following, closing track 1969, it’s portentous, pointlessly repetitive and too long by half.

Then there’s the mystery of why there is inserted a quasi-name drop of Dylan’s From A Buick Six in the middle? A dropout of the instruments frames it so you can’t miss it.

Having been around more than three years now it is hard to believe, in this day and age when some bands are getting together on Friday and by the next Thursday are trying to hawk some CD-R package, that this is the first record by the Libertines. 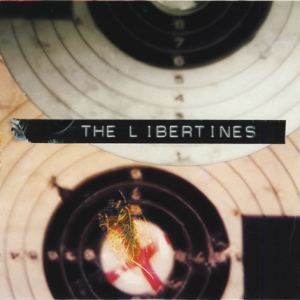 Not that the sleeve gives you any information whatsoever: about who, what or where. A three song EP, with no number exceeding three minutes (bonus points), it also demonstrates something of a continuing search for identity.

At their core the Libertines are channeling ‘77/‘78 British Punk-Rock (which I guess led inevitably to recruiting Mick Jones [Clash] as producer of their forthcoming debut album) including the melody-sense that existed before the Identi-Punks moved in. Each track has its own veneer.

The title number is a mid-tempo rocker right out the first Jam album — check the backing harmonies, the Woking accent of the lead vocal and the tonal signatures of the instruments — something like Art School.

I Get Along starts out near the same point with a single chiming electric guitar, then enters stage right a brassier second guitar, then come the toms, then as the song properly kicks off you get more than a passing semblance to those Strokes fellows, particularly Casablancas’ Bid mien but also in the rhythmic structure of the tune (see Modern Age).

Last is Mayday, a jagged, barely one minute romp with a “live or is it Memorex” façade where the chorus is charged by classic gang-styled vocals. The angular guitar, a bit of the lead vocals and the hopped up rhythm distinctly bring to mind the Janitors’ Good To Be The King (which actually hails from the mid-‘80s, but we’ll ignore that fact). But for all its brevity it is a complete song, for which we salute them.

Beyond all the above dots this is a fun little record (regardless of how fucking much it cost — four pounds for three songs is just not cool in my book), and if they got together with Peabody for a tour I’d slap my money down (and we all know how much I dislike doing that).

The Libertines – Up The Bracket

In the short existence of this publication I’ve written about these guys a couple times in the A.S.T. section. And after finally listening to their debut album, I think they are better digested in those […]