From Minneapolis via Madison, Wisconsin comes another band to disrupt my ignorance. This is their fourth album, not a stitch of the previous three had I heard before this, and still haven’t. Nor any of the other bands that various members have spent time in previously. (What kind of name for a band is A Paper Cup Band?) Anyway, here, I’m intrigued and impressed. Their sound has a scruffy Indieness, with echoes harking back a decade (first EPs from Strokes, Libertines and the Supergrass album from around that same period, Life On Other Planets – though with a trade in of its patron saint T.Rex for something more like Sparks (Island period). But also melded in on some numbers are bits of the first Doo-Wop revival (when Italian-American white boys entered en masse) of the end of the ‘50s/start of the ‘60s and their contemporary girl vocal groups. That alone would make them stand out, since the lack of effort put into vocal arrangements seems to be the great failing of our current Indie era.

Front man Elliott Kozel has a somewhat raw, distortion treated, larynx shredding style though with a fare amount of malleability. Newish member Kyle Sobczak contributes a pair of tunes and gets to step forward with more of a baritone touched with a slight rasp, though equally capable of doing those Indie twirls.

The record kicks off with a pair of taut rockers: The mid-tempo, driving “Talking Out of Turn” with its pace setting bass and rolling rhythm. And the more up-tempo “Love Police,” where Mr. Kozel’s shreddedness hits its maximum point, swooping over cross-cutting guitars and a pumping rhythm which includes some wonky, saturated bass distortion. Jumping a good deal down the track list, “On the Way Home” is a hopping rocker set to a modified rockabilly beat; it runs 2’ 40” but it has an arty 50 second runout with various noise protuberances that make the number seem to go on much longer. Mr. Sobczak’s first move to the fore, an alluring rocker “So Lonely,” of barely beyond one-and-a-half minutes, has the band being impelled along by a gnarled, yet euphonious lead guitar in contrast to the lyrical ennui. 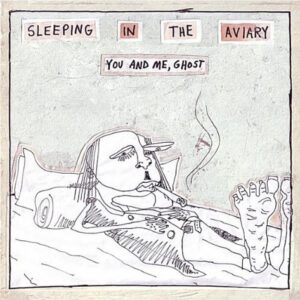 Following on comes that unexpected portion with the rawly ornate vocal arrangements (if only because the bar has been set so low for so long) filling out a group of ballads (an affiliated general weakness of your typical Indie band). “Are You Afraid of Being Poor?” is a skeletal number which beyond the intro has an almost incidental instrumentation (most prominent being organ) beneath the lead vocal and the many backing harmonies (particularly cute are the Shirelles-ish “Sha-La-La”s), which at points intermingle via phase shifting creating an ethereal effect that is enhanced by its organ sounds.

“Karen, You’re an Angel,” Mr. Sobczak’s other contribution, starts off with just his lightly straining voice, handclaps (or treated finger snaps, or some such) and an occasionally lightly strummed electric guitar for the entirety of the first verse. Then the whole ball of wax rolls in with the chorus: the band snaps to and picks up the tempo a bit, stacks of voices envelope behind, all to a fetching melody of some familiarity. The last number of this run is “Molly.” Introduced with a shimmering, liquid guitar, some vocal group backing “dum dum”s, and a bit of Big Beat, it builds aloft its sweet melody. Mr. Kozel’s vocals stretch and twist, and when met by the backing “aw-who-hoo”s in the bridge the recollection of Sparks is most manifest. And while it runs the same length as “On the Way Home”, it seems to be over all too quickly.