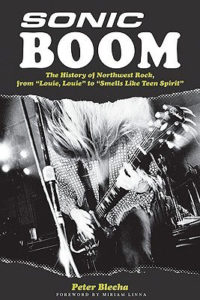 Peter Blecha gives in his book Sonic Boom – The History of Northwest Rock [2009] an unusually well-founded and detailed account of the formation of the Pacific Northwest’s music scene in the 50s and its growing impact in the 60s. But this scene was certainly not realized and developed without friction.

On one hand, all the entrepreneurs: the bands, musicians, producers and record studio people, some club owners and some DJs. On the other hand, the resistance movement: Seattle City Council (with its Anti-Poster Law and Teen Dance Ordinance), the Seattle authorities, conservative mass media (fronted by Seattle Times’ art and entertainment editor Lou Guzzo).

It is intrinsic for entrepreneurs to circumvent obstacles and find smart outlets for – in this case – urgent culture phenomena as different kinds of rock music. Maybe the struggle between the combatants also helped to shape the music. It became harder, louder and uncompromising in the 60s (with a resurge in flannels in the 90s), epitomized by The Sonics; a band referred to in the title of this book.

Since much already has been written about the Northwest grunge scene, Peter Blecha wisely concentrates his search light on the undocumented blind spots; the 50s and 60s.

It is exciting to read about the bands that constituted the rock scene and the reluctant society in which they were trying to navigate. Music history at its best. A discography with suggestions to further listening tops it all. Foreword by Miriam Linna.

What else can I say?

Louie Louie influenced more than any other song the Northwest sonic boom, which becomes evident by the sub-title of the book (From Louie Louie to Smells Like Teen Spirit). Richard Berry didn’t know what Louie Louie epidemic he started when he toured the Pacific Northwest in 1957.

When Louie Louie invaded the repertoires of the bands active in the nascent Northwest scene, the song mutated backwards and became something quite different from the original through some kind of neanderthalization process. In order to suit the taste of the burgeoning teen dances, the versions ended up less elegant and much rougher and more brutal compared to the original. Only one version escaped the Washington state with acclamation more or less immediately (The Kingsmen’s version; # 2 at Billboard’s pop singles chart in 1963), while the others became internationally appreciated on a wider scale much later.

Here is a Louie Louie sequence that shows the roots of the song and its transformation in the Pacific Northwest 1960–1966, all the way up to the logical end-point – The Sonics’ version. Those of you who want more Louie Louie related goodies are advised to consult the Ace compilation Love that Louie – The Louie Louie Files. 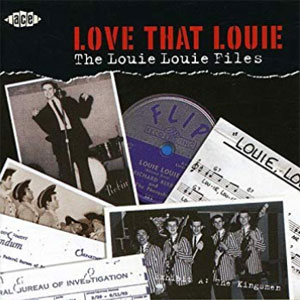