Accolades and awards are being tossed around far too indiscriminately these days, wouldn’t you agree?

Especially within the, uh, Wonderful World of Entertainment. I mean, I heard that Chuck Berry’s piano player-slash-genius behind the scenes, Johnnie Johnson, was once attempting to PATENT (that’s right, Patent …via the United States Department of Commerce) the words “Father of Rock ‘n’ Roll.” As a Registered Trademark. All for his very own, private, exclusive, ever-lasting (legally-protected) use.

Uh-huh. Well, as much as I’d have to admit Johnnie belongs right up there amongst Ike Turner, Bill Haley, Sam Phillips and even Sid King & the Five Strings, bestowing such a title is a bit silly – not to mention a half-century or two tardy – at this fairly late stage in the game. Even if he DID, indirectly or otherwise, help rid the world of Patti Page, Mitch Miller, and possibly even Sen. Joseph R. McCarthy.

Nevertheless, in Show, as in any Bizness, isn’t it often those who toil longest and hardest in silent obscurity, criminally under-compensated not to mention FAR behind the spotlights (…yes, even farther back than Mr. Johnson) who really deserve such loft-headed crowns of Fatherly honor? Hmmm…

Well, we lost another of those most criminally undersung of heroes. Greg Shaw, founder of Bomp! Records …among so many, MANY other things. 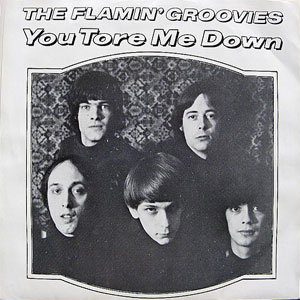 Just from my own personal experience, I can solidly claim that the very first Bomp record ever to reach these ears (which, I’m kinda proud to now relate, was the very first Bomp record ever released: the Flamin’ Groovies’ 1974 seven-incher You Tore Me Down) actually caused the sonic earth to move beneath me in ways matched only by, I kid you not, you-know-who on The Ed Sullivan Show, my first discovery of Elvis’ Sun sessions, and my pal John’s bringing the first Ramones record home to our innocent little Canadian turntables via the Bowery, very very late one long-lost Friday ago.

Yessir, that little Groovies record, and the joyous singles (and albums) (and magazines) Bomp faithfully sent my way throughout the Ford and Carter administrations – while those less fortunate amongst us were stuck listening to the Cars and pondering the fate of J.R., just to put things in their improper hysterical perspective – duly inspired little ol’ me, among many many others, to eventually start my OWN fanzine …then my OWN band …then even my own record label! You could say, then, that You Tore Me Down single-in-handedly spared me from a life of University study and squarely set me down the road to, uh, starvation, bankruptcy, mononucleosis and… uhh… anyways…

And THEN, when Bomp founder / mastermind / domo-major Greg Shaw Himself actually blew my way in early 1978, his raw, unbridled enthusiasm instantly swept aloft all of us riding the then-new Toronto punk wave, in turn inspiring such things as, oh, off the top of my once-buzz-cut scalp, Teenage Head (the band), SCTV (the television show), and possibly even Maggie and Ronnie (the weekend that almost brought down a Canadian Prime Minister …via that goof in the once-Rolling Stones).

So! Just who was this Greg Shaw fella then, you might well be asking?

He was born in San Francisco in 1949, raised on a healthy diet of Elvis, Fats Domino and sci fi zines, and when not hovering backdoors at the touring Rock ‘n’ Roll Revues of the day could be found not only hanging with such folk as Robert Silverberg and Philip K. Dick, but immortalizing all of his thoughts and adventures of same in a series of crude, mimeographed broadsheets he fearlessly circulated to an ever-growing circle of friends, fans and followers. 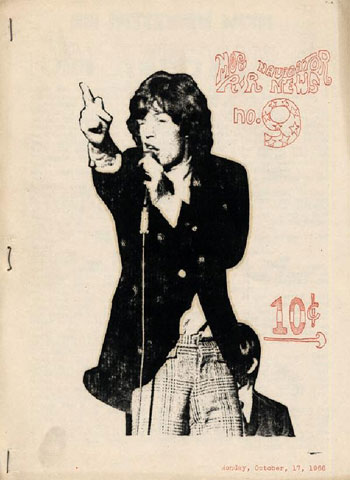 Why, he’d soon published over 200 such “fanzines,” as today they’d be called, one of which (entitled Entmoot, an early Tolkien epistle) even earned him a write-up in the Saturday Evening Post! But lest Greg end up just another Trekkie-in-training, come 1966 he happened upon a nearby street-corner labeled “Haight” and “Ashbury.”

Talk about yer crossroads… needless to say the next Shaw fanzine, Mojo-Navigator Rock & Roll News, became no less than the socio-musical template upon which another local rag, Rolling Stone, was soon to be intrinsically based. Too bad. As usual, Greg was there first. But the scene, and the spoils, went Wenner’s way. Drat!

Blueprint ruthlessly high-jacked, but energy and enthusiasm stubbornly unbowed, Greg by the Seventies had joined that elite-and-then-some tiny circle of scribes (alongside such hallowed personages as Ed Ward, Nick Kent, and – pause for reverence – Lester Bangs) who not only knew, but actually WROTE about such things as Raw Power and the New York Dolls … and in publications that us fellow music addicts could actually unearth and devour at the neighborhood newsstand! Consequently, Greg’s newest publication – and soon label — Bomp! quickly found a rabid, wide-eared audience which truly transcribed the globe …and then some.

And it should also be remembered right about here that for most of the musical events now considered pivotal during this era (very roughly speaking? the first Nuggets album, the creation of the Runaways, and the Sex Pistols’ first paying gig) …Shaw was THERE. No, not Malcolm McLaren. Not even Kim Fowley. And certainly not Rolling Stone magazine. No. It was Greg Shaw.

Lest those ill-informed now be wont to cast all things Bomp onto the nostalgia heap alongside “I Hate Pink Floyd” t-shirts and Sid Vicious EP’s, here’s a short-list of just some of the bands Greg has helped bring to our attention in those long years since that oh-so-fateful Summer of Hate. Ready? 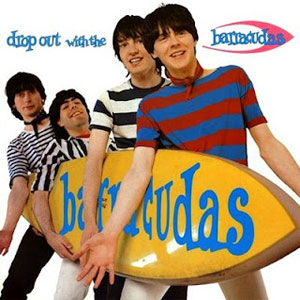 OK then: some names therein you may not be intimately familiar with, but each and every one of ‘em are without a doubt acts which have proven, and shall continue to prove, instrumental in laying groundwork for most every pop ‘n’ rock genre-du-jour (ie: Goth, Grunge, Hardcore, Rave, Industrial, alt.C&W, Power Pop, insert your own pigeonhole here). And once again, each and every one of those acts, to varying degrees, owe their influence – not to mention their initial recording contracts – to, do we note a pattern developing here, Greg Shaw.

Closing words? They should really belong to The Man Himself. Listen closely, all of you (especially those who deign to nurture musical talent in whatever capacity yourselves). For HERE was a man who knew of what he spoke:

I guess I’d most like Bomp to be remembered as a label utterly dedicated to the people who care most about music: the fans and collectors. I think it comes down to the fact that Bomp is an outgrowth of my love for music.

Where many would view it as a marginal business that barely breaks even, I prefer to see it as a hobby that’s profitable enough to allow me to build my life around it. The opportunity to make more money elsewhere has never once tempted me – but it HAS drawn many talented people AWAY from this business.

But we’re still here, doing what we want, on our own terms, answering to nobody, dealing with people in an old-fashioned “mom and pop” kind of way. It’s a satisfying life that I’d NEVER trade for, say, David Geffen’s.

If nothing else, maybe we’ve set an example that might offer an alternative to this increasingly corporate, impersonal society. Or maybe not. At least we’ve had a good time trying… and we’re not done yet.

Welcome to the second lesson in the Garage Rock School series! During this lesson we will spend some time digging even deeper into our beloved topic. We will extrapolate the, hopefully useful, conclusions and experiences […]

Suzy Shaw and Mick Farren: Bomp! – Saving the World One Record at a Time

In 2017 we celebrate the 10th anniversary of the book about Bomp! record label and magazine, told by Suzy Shaw, Mick Farren et al. A story like Bomp! – Saving the World One Record at […]