This is the follow-up to Mr. Guss’s 2010 debut solo album, Mercury Mine. Once again it’s a mostly one-man-band production. The songs are fetching and succinct (only three out of twelve numbers cross the three-minute mark, two barely, mostly due to the fade-outs). Their attractiveness is as a much due to the craft he brings in honing the songs down to their essence as to their savory melodies and spot on production.

I am still attracted a bit more to the rockers than to the ballads, though the gap has definitely narrowed. For instance the lead off, piano-led cut, Avenue A, which ambles along as one does in carefully avoiding the puddles on a rainy day. As the melody moseys, the chorus comes in like a break in the clouds, topped by sweet, double-tracked harmonies. Then it’s over, via the same piano/voice phrase as its opening. Next the album gives rise to the sunshine of Come Over, an immaculate, rocking piece of pop-rock. Adorned with as many hooks as you can squeeze into two-and-a-half minutes: The matching of the pumping, tom-driven beat by guitar is hook 1; the morsels of stacked harmonies is hook 2 (echo of Velvet Crush at their finest); the resplendent turn the melody takes for the chorus is hook 3; and the very chewy, semi-crunchy guitar solo smack dab in the middle is hook 4.

The title cut is a scrumptious, glam touched rocker complete with “big” guitar solo, which is led into by a reduced paced, extended bridge. Sister Patchouli is a mid-tempo number, both rollicking and somber in layers, that seems to allude (with slightly less effervescence) to the Turtles’ Elenore: a loose resemblance of the verse melodies, the mixed moods, the piano prominence in the intros though playing different patterns, and the phrasing of the titles in the songs, for instance “El-e-nore, real-ly” | “Sis-ter Pa-tchou-li.” Will to Fly, is a deftly crafted, terse, mid-tempo number, and includes some of the few participants other than Mr. Guss: The Posies’ Jon Auer on guitar — light, twanged leads — and Shawn Smith, of Pearl Jam spin-off Brad (as well as others) providing harmony vocals in the chorus, which rises up into a bit of a celestial choir. Once More is a pert, semi-rocker, attractive and coy, that’s split in the middle by a playful electric piano solo. 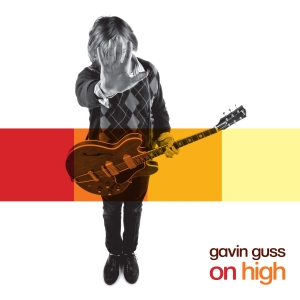 Also of note is that this album is only available on LP and as a digital download (if you buy the LP you get both). The long predicted demise of the CD is picking up steam. The download includes Riga in the Falls non-LP B-side from the album’s preceding single, Place in France: another playful number with some appropriated melodies and rhythms.

Gavin Guss – Mercury Mine [Obsolete Media/2010] It’s been a baker’s dozen of years since Tube Top’s one and only album, Three Minute Hercules, came out. While one of the two singer-songwriters of that band, […]