No, not a Frank Zappa tribute act. The backstory: In the latter part of 2007 Supergrass bassist Mick Quinn suffered two broken vertebrae and a broken heel while sleepwalking out of a first floor window in France. While waiting for Quinn to recuperate Gaz Coombes and Danny Goffey did some work as a duo (what latterly fourth member of Supergrass Rob Coombes was up to then, I have no idea) and somewhere came up with the premise of a covers project. They roped in renowned knob twiddler Nigel Godrich as the third member of the band now named the Hotrats. They’re even playing some gigs, but not here in Philly, alas.

The choice of songs is semi-eclectic, though all the acts drawn from have a devoted cult to this day, with origins ranging from the late ‘60s to early ‘90s. Some don’t wander too far afield from their progenitor. For instance the Velvets’ “I Can’t Stand It” which leads off the album: down to a hint of Uncle Lou’s New Yawk accent and his verbal slides on the last word of each line, and the recruitment of one Lucy Cover to fill Moe’s slot in the gang backing vocals. While the Gang of Four’s “Damaged Goods” is played on acoustic guitars and some of Godrich’s “noise” fills in for the bass, the overall arrangement is a relative facsimile to the original. The largest leap is taken with the Beastie Boys’ “Fight for Your Right.” I don’t think anyone would place it on a “blind taste test.” Even after listening to it a dozen times it’s still hard not to imagine it as some obscure psych-pop band who overindulged in The Who Sell Out, and found on volume 13 of Rubble. It’s a magnificent re-imagining, with its lilting verse lead and backing vocals, nimble percussion, intertwined fuzzed guitar and piano in the choruses, and even the teeny taste of sax at the very end.

Floyd’s “Bike” is very nicely trimmed down to its essence. The Kinks’ “Big Sky” is a relatively obscure number to have chosen; nicely pretty. But out of his whole, overstuffed canon did we really need another run through of Elvis Costello’s way overplayed “Pump It Up?” I’m amused to think that they chose the Sex Pistols’ “EMI” as they’re own kiss off — Supergrass having been dumped by Guy Hand & Co. probably right before the guys started on this project. Again they substituted in here roughly strummed acoustic guitar, adding some prominent piano and a bit of a trill. In a way this ace rendition and the one of “Bike” bear some resemblance to what I would imagine Bowie would have been like doing these tunes. Which brings us to a glorious, stomping, revved up rendition of “Queen Bitch” (Bowie’s own homage to the Velvets). 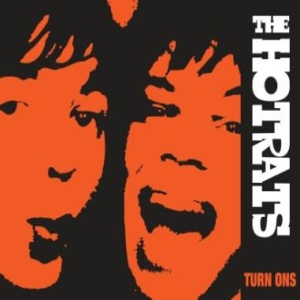 The four remaining numbers are a dour, spacey rendition of Squeeze’s “Up the Junction;” an even more bottom heavy, sped up jaunt through the Cure’s “The Lovecats;” a mechanized treatment of Roxy Music’s “Love Is the Drug” missing the slink (and the song is all about the slink); and the Doors “The Crystal Ship.”

So while I have my qualms about some of the cuts here, the sum of the whole equals much enjoyment. A record that just calls out for a long trip down the autobahn or I-81 – pedal to the metal!.