This is Rock ‘n Roll! None of that masking the vocals in obscuring washes of reverb and digital efx, and playing tic-tac-toe on a pallet of pedals, just energetic strumming, down home twangin’, keen leads, pumpin’, thumpin’ and rock steady beats, all topped by vigorous, upfront lead vocals and a cornucopia of malleable backing harmonies. On the cover they fly their skinny ties proudly, but this is not a band closeted in some power pop corral. These are the bastard Yankee sons of Rockpile birthed out of the maternal stateside hinterlands where scruffy, energetic rock and roll bands got rolled up into punk when the word broke out of New York, i.e. Slickee Boys, Fans, Shades, Real Kids, Scruffs, et.al. Not for nothing is the title cut a Chuck Berry cover (and one of the originals culls Graham Parker’s donation to Dave Edmunds/Rockpile, Crawling From The Wreckage, for its own title).

The US LP has 13 tracks, and the CD (which is what I have here) has 22 tracks. It uses the former’s artwork but has the track listing of the European LP. Which means between Not How It’s Gonna Be and Melinda is found the song that provided the band its name, a cover of the Rolling Stones Connection. Mysteriously, while their version is thicker, ballsier and seemingly at a faster tempo, it comes in at about the same length as the original. The last eight cuts are a previously released record called Connection Collection, Vol.1, and include a number of other covers. Notably of the 14 songs that make up the album proper 12 don’t break three minutes (we’re discounting track one’s fade-out), while the other two make the large leap beyond four.

Following the longtime tradition of rock and roll, most of the songs on the album are about L-U-V: the joy and the heartbreak. But the lead off number, a twangin’ rocker called Wrong Side Of 25 takes an angsty look at being an adult. (No matter even at 55 one can still have the emotional maturity of a 14 year-old.) Here you find the defining characteristics of the Connection: Brad Marino’s firm yet tractable, dulcet voice that can turn on a dime into a gruff, throaty intonation; guitarist Geoff Palmer strums taut rhythm and picks sharp leads; the rhythm section of Bobby Davis and Zach Sprague are rock solid, yet agile. Arrangements and production techniques are always in service of the song; here the use of tambourine adds some contrasting hopefulness.

The following number, She’s a Keeper, is a mid-tempo, janglicious tune, full of honeyed, layered backing harmonies with a mellifluous guitar solo that slips right in and lives on to intertwine intimately with the returning chorus.

With the piano solo in The Way Love Should Be hired-hand keyboardist Kris Rodgers presence is felt for the first time, but not the last, by a long shot. In Crawling From The Wreckage (Of A Saturday Night) he brings a bit of Ian Hunter’s Hoopleness to the party. In the title track he has Johnnie Johnson’s variant on New Orleans down to a T. While for the rootsy ballad Nothing About Me he lays down a subtle organ substrate which mixes surprisingly well with Zach Uncles’ pedal steel. Mr. Uncles sticks around for the sprightly, twanged out, country-rock number Susan. 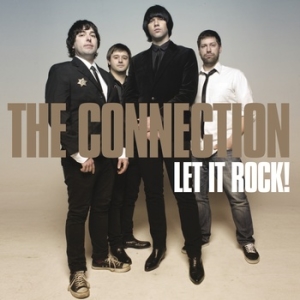 Girls In This Town, one of the 4 min., plus, numbers, has the band at their most Stonesish, circa ‘71, complete with Mr. Palmer’s Keith Richards’ styled hybrids, Mr. Rodgers’s best Nicky Hopkins, even their own Bobby Keys in one Matt Smith’s saxophone, and, of course, the unison vocal segments. The rocker Day By Day (not the Generation X song) is succulent with its déjà vu chorus, Mr. Rodgers segueing from piano pounding to roller skate rink organ solo without missing a beat, harmonies packed as tight as sardines, and all squeezed into less then two minutes.

There’s not a step wrong made on this record. But as the late night pitchmen on TV say “There’s more!” The material from Collection, Vol.1 is just as strong with the added novelty of the covers. Just the idea of covering Gary Lewis and the Playboys’ pastiche of Jan & Dean, Little Miss Go-Go, just brings a big grin. The others are Seven Nights To Rock [Moon Mullican], Bad To Worse [Taxi Boys], Wake Me, Shake Me [via the Blues Project] and Yea Yea [Ramones], which has to have Joey himself wearing a big smile up there in bubblegum heaven. The originals are the ace rocker Comes And Goes, the seemingly familiar pop tune with the Ramonesish structure I Think She Digs Me, and the “it’s got a good beat, you can dance to it” She’s Gonna Leave You. Call now, operators are standing by.